Agreement with Academy of Business in Dąbrowa Górnicza

On 21 August 2014 the Commandant of the Central School of the State Fire Service – Colonel D.Eng. Marek Chmiel and the Rector of the Academy of Business in Dąbrowa Górnicza - Associate Professor PhD – Zdzisława Dacko – Pikiewicz signed an agreement on cooperation between the Schools. 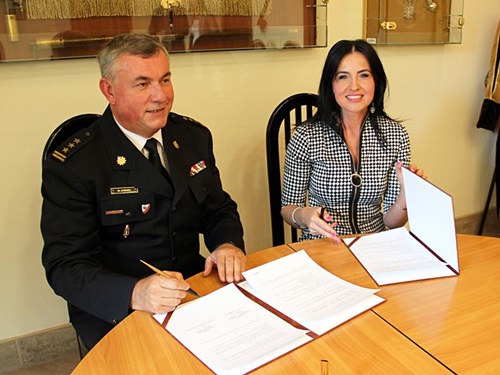 The areas of cooperation included in the agreement are:

The agreement is the result of a two-year cooperation between the Schools, the effect of which is and will be the training of highly qualified personnel, sought after in the labor market.