Training firefighters from Afghanistan round II 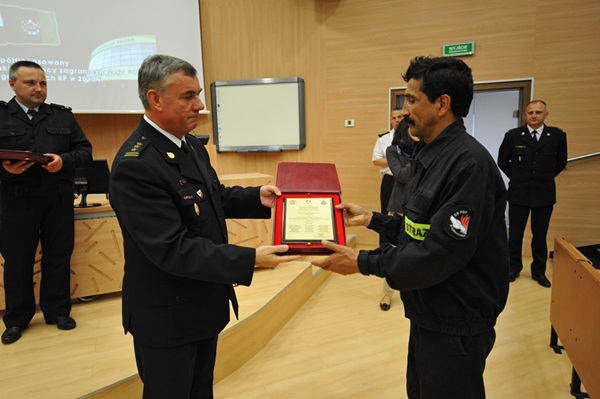 On June 17, 2013. took place to start training for 19 firefighters from the Islamic Republic of Afghanistan .

The opening ceremony was attended Military Commandant of Supplements in Czestochowa Lieutenant Colonel . Krzysztof Tarapacz and heads and teachers who will conduct classes during the training .

The scope of the training will include , inter alia:

- Tasks and functioning of the National Rescue - Fire Fighting ,

The selection of subjects was determined on the basis of demand from partners. Classes will be conducted on the military school in well-equipped classrooms with logistic and medical emergency room .

Fire fighters from the Islamic Republic of Afghanistan represent :

In addition to scheduled classes for Afghan firefighters also provided a cultural program aimed at presenting the traditions and history of Polish . Under this program, the participants will visit , among other things :

The " Basic training in tactics and rescue - fire fighting and prevention " is part of the multi-annual program of development cooperation for the years 2012 - 2015 Ministry of Foreign Affairs .